On the scale of ‘great idea!’ to ‘what on earth were you thinking, you idiot?!’ this sudden stopping of my Venlafaxine after 3 years (7 years Prosac before that) rates as around minus 597.  Oh God, I feel ill today! The headaches are the worst, but this morning it’s nausea as well and actual cold turkey! This is what it means – covered in sweat and freezing cold!  (well, partly what it means anyway!)

Another thing to put down to experience. Another experience I’d rather not repeat – like being the only white people in the middle of a restless and suspicious Haitian crowd on the verge of riot… oh sorry, that is another blog entirely! Like being informed your son has a grade 3 anoplastic asterocytoma or holding his hand while his heart stops beating 😦 Maybe not as bad as that… but why choose something that’s really going to hurt when you don’t have to?

It was all pure laziness and wishful thinking really, probably tied in with the recent fact that every Spring I stop taking the extra boost of Trazidone that gets me through the difficult months of November (anniversary), December (Christmas) and the dark winter, when sleeping patterns go awry and tears rise easily.  Trazidone is an old fashioned drug taken at night – mostly replaced by Mirtazipine these days, but that renders me a zombie whereas with this version I only feel badly hungover until around 10am until the morning caffeine hits.

I absolutely love it because I sleeeeeeep – and when one is sad the escape from pain is everything.  Gone are the Zopliclone days of early diagnosis – looked forward to eagerly each night, so very, very hard to give up…  This drug actually adds to the therapeutic anti-depressant levels. But that emotional addiction is there – a true panacea, making bedtime a relief at the end of difficult days.

Come the Spring I want to be awake and get on with life more than sleep, so Trazidone has to go.  Plus the doctor wants to keep it in reserve to counteract the effects of next November. While in Brittany, it was time – and the only way is just stop and have a few sleepless nights while the physical dependancy wears off.  One night on one off is hopeless, constantly resetting the levels.  Actually after two nights my sleeping patterns had re-established – piece of cake. 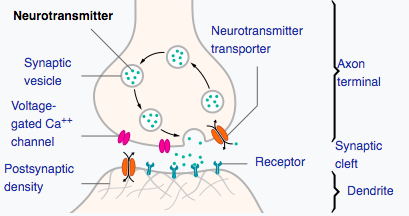 So this probably gave me the subconscious idea that I could do the same with Venlafaxine – make a clean sweep, return to factory settings. I want to be better now, I feel better now, I would love not to have to cope with the side-effects of the drug.  I was simply ignoring the fact that my brain has got used to those friendly and helpful neurotransmitters!

Anyone of you who knows anything at all about mental health will have spotted my schoolgirl error and I’m amazed I didn’t myself. It took our daughter on the phone this morning – she of more experience and wisdom in these matters than almost anyone I know with long, hard years of mental health battles behind her from before her brother died – to point out that I’m probably well because of the medication and to shoot my naive approach down in flames.  Mum, you really need to be careful with that drug… Apparently these effects can last for months not just a few days and the rapid reduction in neurotransmitters makes Venlafaxine one of the worst! 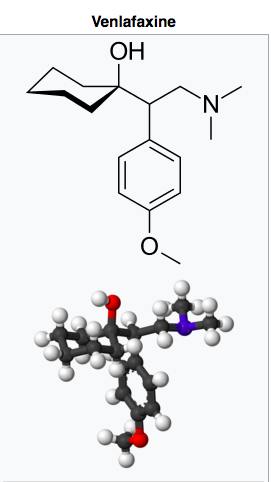 What actually brought this about was running out of tablets just as we returned from holiday and not getting the prescription organised before the weekend. I could have done, but I didn’t bother. We’ve changed our provider from Boots to Pharmacy2U so that the drugs will just come through the letter box.  Another modern convenience – what’s not to like? I don’t even have to go to town and get in line! But I didn’t give quite enough notice so they didn’t arrive on Friday as planned. I’d taken a couple of half-doses to get me to Friday which became my attempt at ‘reducing gradually’ when there were none to take at all on Saturday.

If I’d been thinking straight I could have gone to the weekend surgery at the ‘healthcare hub’ in the city for some to tide me over – too blinkered/deluded/lazy and/or already compromised by the negative effects on my thinking of two days of half doses? In my defence, my eminent doctor husband was supportive of stopping – ‘why not try ‘suck it and see’, you seem to be thinking differently on less and that’s good…’  But neither of us had researched the facts – me because I was in denial, didn’t want to know, blinded by my own agenda.  The ultra-vivid disturbing dreams, like when I came off Prosac, I could take those in my stride. Not being able to stop crying on Sunday morning, well ’emotional lability’ is on the list. But these other things are not bearable and if they’re not just going to pass in a few days… argh. In this case ignorance is definitely not bliss!

I think my doc will be upset with me when I see her – whoops.  But she’ll mostly feel sorry for me and want to find a good way forward – Dr Shah is a star.  Meanwhile I’m sitting very still in bed,  processing it all by blogging and actively waiting for the postman!

We live and learn

2 thoughts on “Don’t try this at home”

Welcome to the latest Sally Ann writing adventure. I have no idea where it’s going but would love you to come along! Read ‘What’s all this?’ for some background. With love from me in the heart of England xx

Recent Photoblog Posts: A lover of the light

All made by aeroplanes